How to Run Twitter Ads: A Step-by-Step Guide for Digital Agencies 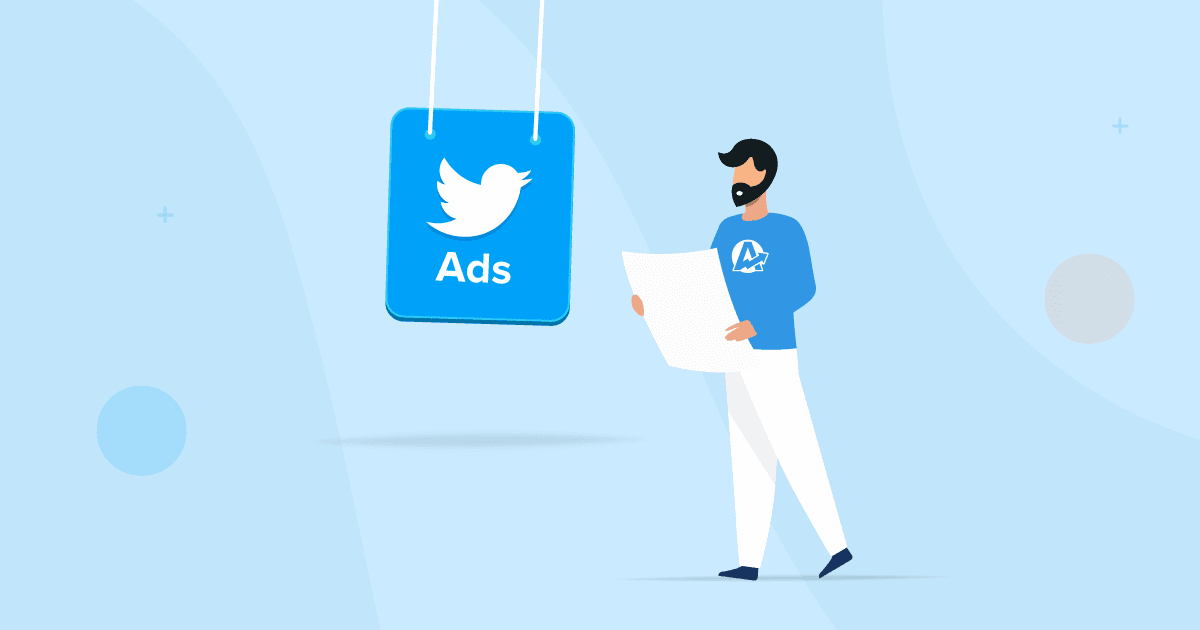 Although Twitter Ads are often somewhat overlooked for more popular platforms such as Google, Facebook, and Instagram, the social platform can still be a powerhouse for advertising...if you know what you’re doing.

Whether you love or hate the platform, with 186 million monetizable daily active users (up 34% year over year), there’s no question that Twitter can be an important marketing channel for driving traffic and generating leads.

Before we get into the details of setting up and reporting on your ad campaigns, let’s review a few Twitter advertising statistics in case you need a few pointers to pitch clients on the potential of the platform.

According to Twitter’s Q2 2020 letter to shareholders, users are increasingly engaging with ads on Twitter, resulting primarily from audience growth offset by a mix shift to ad formats with lower clickthrough rates.

According to the same Q2 report, cost per engagement also decreased significantly by 25%, which they say is driven by like-for-like price decreases across most ad formats and lower demand.

3. Promoted Tweets with video save 50% more on Cost Per Engagement

Now that we’ve reviewed why Twitter Ads can be important for businesses, let’s look at how their ad platform actually works.

There are several kinds of advertising options on Twitter, including Promoted Tweets, Promoted Accounts, and Promoted Trends. In addition, there are eight different campaign objectives to choose from, including:

Now that we have a high-level overview of Twitter ads, let’s walk through the basics of setting up a campaign.

Step-by-Step: How to Set Up a Twitter Ads Campaign

Assuming you haven’t run any ads on Twitter before, the first step is to head to ads.twitter.com and go through their onboarding questionnaire.

Once you’ve filled out your account information, the first step is to choose your campaign objective. As mentioned, there are eight objectives to choose from—in this case, we’ll go with a simple website clicks campaign.

The next step is to add your campaign details, including the campaign name, daily budget, and you can optionally choose to set a start and end date.

3. Create an ad group for your campaign

Next up, you’ll need to create an ad group for the campaign. This includes naming the ad group, setting an optional budget and start date, and choosing the bid type. In terms of bidding, you can choose from the following options:

Below that, you can also choose from the following measurement options:

In terms of targeting, you can choose from your own audiences—including look-alikes or custom audiences—or you can create a new cold audience. In order to target a new audience, you can select from the following criteria:

In general, the majority of your target audience will come from audience features, such as keywords or follower look-alikes. Follower look-alikes are a useful tool you can see the size of the audience associated with that account—for example, we can target the 19.3 million users that follow the @googleanalytics account:

5. Select your ad creative for each ad group

Finally, we need to choose our ad creative for the ad group. For your ad creative you can either choose existing Tweets from your account or you can upload new images for your display creative and add your destination URL as shown below:

After you’ve completed these 5 steps, you can then review the campaign and click “Launch Campaign” when you’re ready.

Once you have your Twitter Ads up and running, if you’re managing the campaigns for clients or just want to report on them internally, let’s now look at how you can automate the reporting process with the AgencyAnalytics integration.

The first step to automating your reporting is to scroll down to the “Integrations” tab on the left-hand menu and select Twitter Ads from out list of 50+ integrations:

Our prebuilt Twitter dashboard has all the metrics you need to report on the performance of your campaigns, including key metrics such as:

As you can see below, each of these metrics are displayed below graphs and tables, giving your clients an intuitive understanding of the data. We’ve also grouped metrics into Campaigns, Ad Groups, and Ads so that you can dive into the details of each:

As always, if you want to customize your Twitter Ads dashboard you can use our drag-and-drop editor and choose from our prebuilt data visualization widgets.

As we've discussed, Twitter ads can be a great platform for building brand engagement. Regardless of the type of Twitter ad you create, if you're just getting started with the platform be sure to monitor your campaigns closely.

Also, be sure to check out our Twitter Ads integration in order to track performance alongside your other advertising data, quickly filter ads by campaign, ad group, or ad, and view tweets in a single dashboard.

Peter Foy is a content marketer with a focus on SaaS companies. Based in Toronto, when he’s not writing he’s usually studying data science and machine learning.