Email Benchmarks Agencies Should Use for Re-engagement Campaigns 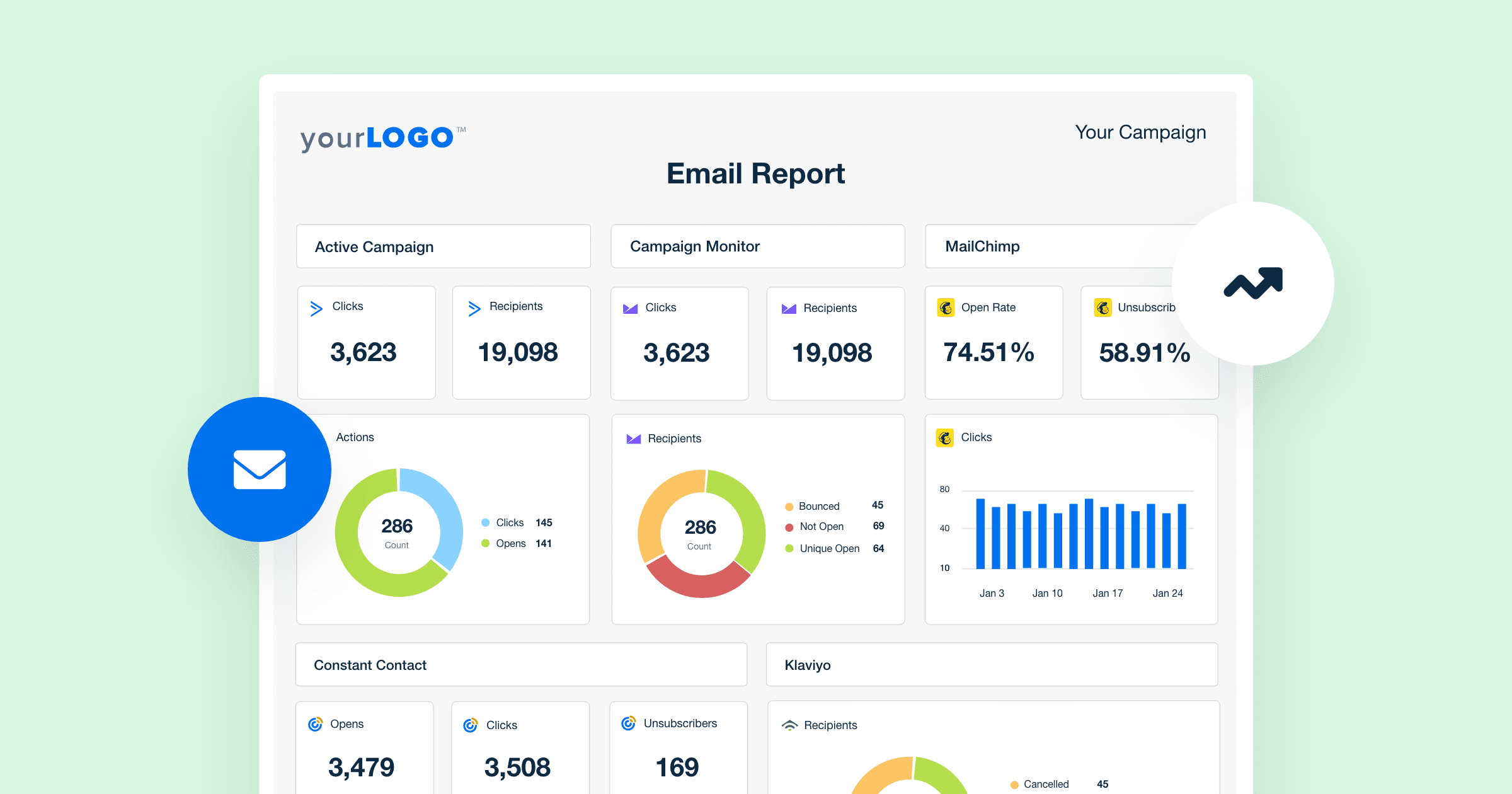 In the face of rising customer acquisition costs year over year, agencies are focusing on re-engagement campaigns now more than ever to deliver big wins for their clients.

Email marketing predates the internet, as the first email blast ever was sent to 400 unwitting recipients all the way back in 1978. Nowadays, email marketing may not be the newest or most exciting thing anymore, but it has incredible staying power. This is because, at the end of the day, it works.

Studies show that email generates $42 for every $1 spent, which makes for an astounding 4200% ROI. If email is so efficient, why are re-engagement campaigns a critical component of any email marketing strategy?

According to Active Campaign, it’s 5 times cheaper to turn someone who never opens your emails into a customer, than to acquire a brand new customer. Reigniting those people’s interests is what great re-engagement campaigns are all about.

So let’s take a look at some of the latest benchmarks for re-engagement campaigns in 2022.

According to Bernard Marr:

“A benchmark is a reference point that allows you to compare\_your own levels of performance with the performance levels of others”.

Benchmarking helps to provide some much-needed context to all of the numbers in your email marketing reports. Your clients love benchmarking because they get to see how they stack up against the competition, and it’s good for agencies because it gives them a chance to adjust and hone campaigns over the long run and prove their success.

Here are a few of the most important email marketing benchmarks in 2022. The metrics below are the average across industries, according to Mailer Lite:

Looking at benchmarks by industry often reveals interesting trends. Many agencies have clients in the Medical, Dental, and Healthcare space or Retail, so let’s take a closer look at those industries in particular.

Why are Open Rates So High in the Medical and Retail Industries?

Many agencies with clients in the “Medical, Dental, and Healthcare” industry have already noticed the higher open rates over the last few years. And one of the biggest reasons why people are opening their emails from their healthcare professionals more often is the pandemic.

Data insights from the retail industry have also been very interesting. According to Campaign Monitor, Retail has the lowest open rate by industry, and yet that open rate has seen the biggest spike year-over-year! Perhaps that means when people aren’t going out as much due to COVID restrictions, they’re doing their shopping online, which makes them more likely to open those emails from your retail clients.

Something to keep in mind about re-engagement campaigns is that it’s often trickier to reach the typical email benchmarks.

According to Klaviyo, if your clients’ re-engagement campaigns get a 10% open rate or higher, you should consider it a success, which makes it a great benchmark to aim for.

But if you’ve set a realistic benchmark and people still aren’t opening your clients’ re-engagement emails, you might be overlooking the power of a great subject line. So, get creative with that subject line and preview text to really try and grab people’s attention.

Need some inspiration? Then check out these effective re-engagement email from 2021.

Email churn refers to those that unsubscribe from your clients’ emails or otherwise stop engaging. According to Campaign Monitor, 44% of email subscribers churned within the first year! While that would be a good general benchmark for churn rate, that number isn’t telling the whole story because there are two different kinds of churn.

For a better idea of unsubscribe rates by industry, check out the graphic below:

But, in addition to transparent churn, you need to factor in opaque churn.

Opaque churn contributes an additional 10-25% to churn numbers. So opaque churn seems to be much more insidious than transparent churn because these are the subscribers who get your email but never open it, effectively ignoring you or leaving you “on Read” indefinitely.

Opaque churn even damages your clients’ email reputation with service providers like Gmail. If there’s a lot of opaque churn (ie. inactive or unengaged recipients who never open your clients’ emails), it hurts your engagement rates and if it gets bad enough, it could trigger the dreaded spam filters, which will hurt engagement even more. As you can see, it can be a vicious cycle indeed.

In order to avoid this, agencies should watch out for declines in open and click rates to identify issues before they harm the overall email campaign. This can include targeting subscribers with an email re-engagement campaign before it's too late. You can decide how to identify these inactive subscribers by a set number of recent emails (ie. the last 4 emails) they haven't opened, or by a certain time period (ie. 3 weeks or longer).

According to Built In, some of the most successful re-engagement strategies in 2022 incorporated:

Matt Verlaque, executive director of marketing at Zen Planner, told Built In that one of his most successful re-engagement campaigns hinged around “creating abundant value for a few months followed by a simple prompt designed to elicit a reply”.

His client was a gym, and the campaign targeted people who quit or otherwise stopped going. He developed an email campaign that re-engaged these people by sending them home workout plans for a few months. Afterwards, he followed that up with a straight-to-the-point email asking “Are you still interested in improving your fitness this year?”.

The results? Thousands of people renewed their gym memberships.

The two main reasons why this campaign was so successful are:

Presenting to clients can be such a high-stress process, especially when you’re feeling the pressure of recurring deadlines. During times like these, tools like Excel and Powerpoint often exacerbate the issue with their tedious manual reporting that not only slows you down, but also bores your clients because they’ve likely sat through millions of presentations that looked just like it.

If you see your clients’ eyes start to glaze over as you take them through yet another spreadsheet, it could be an ominous sign that your clients don’t understand your email marketing reports.

And if they don’t understand the data, they won’t see the value of your agency.

That’s why it’s best to display their data in an intuitive way that clients can easily understand using strong visuals in an easy-to-use platform because your email marketing analytics should be the stars of the show.

Instead of manually filling out your marketing reports, your agency should focus on what it does best. This is why platforms like AgencyAnalytics exist: to automate the client reporting process while creating beautiful email marketing reports that you’d be proud to put your name on. In fact, that is exactly what we want you to do. Our dashboards and reports are fully white labeled so you can slap on that beautiful logo of yours and call it a day!

“This Thing Won’t Re-Engage Without a Jump” - Ironman

With hard work, effort, and a little luck, you’ll be able to rekindle their interest and help bring your client’s mailing list back to life. So, re-engage those thrusters and prepare for blast off!

Michael is a Vancouver-based writer with over a decades’ experience in digital marketing. He specializes in distilling complex topics into relatable and engaging content.